What Kind of Home Can We Put YOU In? 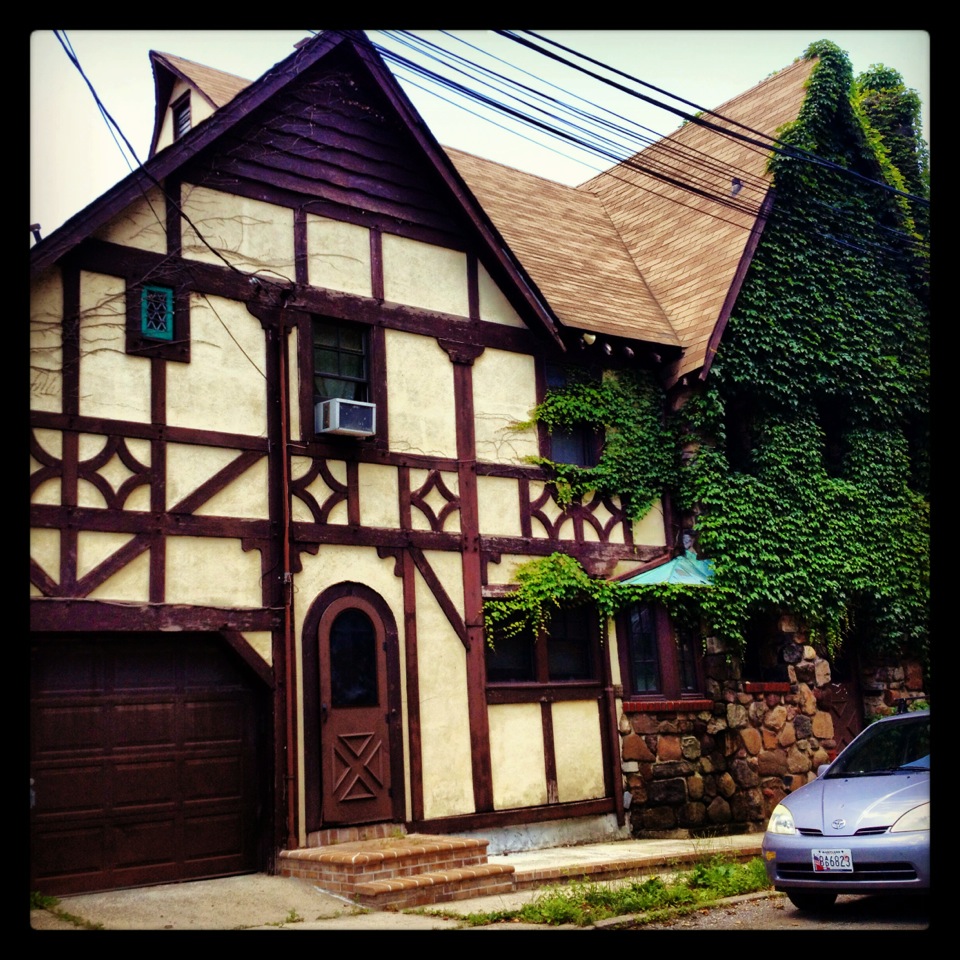 Countryside charm in the big city- that’s what you’ll find in a Tudor home. Tudor revival homes seem to come straight out of a storybook (think Hansel and Gretel).  Originating in England during the reign of the Tudors (1500’s), this style has evolved over the centuries and has not lost its appeal. If you’re in the market to buy a home on Staten Island and want your home to be a cozy and comforting retreat, a Tudor may be the home for you.

Appealing Throughout the Centuries

These homes reflect the simple design that can be found within ancient Tudor styles, and contain a variety of elements from English medieval architecture. They became popular in the United States at the end of the 19th century and the first half of the 20th century, and resemble humble medieval cottages or even stately English manors.

Sometimes these homes have thatched roofs, although I’ve never come across one on Staten Island.

Unlike the dramatic features of the Victorian home of the early 20th century, architects of the Tudor revival home concentrated on creating a simple but appealing picturesque cottage. I just love how these homes highlight traditional craftsmanship and the use of simple materials such as wood and stone. They also incorporate medieval, romantic and sometimes even folk styles of decoration.

It is no wonder why these homes bring a sense of comfort and relief.  Their simplicity and modesty make it the perfect retreat from a busy day.

What You Can Expect Inside

When showing Tudor homes on Staten Island, I make it a point to highlight my favorite feature of the Tudor, the archways.  The arched front door certainly makes for an inviting and appealing entrance, and the rest of the interior does not disappoint.

The inside of the home also features wooden staircases, wooden doors and decorative timbers, as well as vaulted ceilings, arched doorways, built-in nooks and decorative lanterns and sconces.

Flagstones surrounding the fireplace and archways between the rooms add depth and warmth. I find that the use of wood and stone give the rooms a more intimate feel. From an outside vantage point, it may seem that the interior is dark, cramped and small, but home-buyers are always surprised at how light and airy the inside is.

Finding your serene country cottage within a lively urban setting may not seem like and easy feat. However, you’d be surprised as to how popular these types of homes are in certain areas of Staten Island’s North Shore.

A quick drive through Randall Manor or Todt Hill for example, will introduce you to several Tudors. Even St. George has some Tudors scattered among the old Victorians.

I find it ironic how, neighboring some of the busiest areas of the North Shore, is a variety of these homes nestled in among a sloped landscape and peaceful, winding streets.

Large sycamore trees, meandering walkways and backyard gardens surround these old homes- almost as if a medieval English Manor was transplanted onto Staten Island. Just another reason why those looking to buy a home on Staten Island should check out the North Shore- there really is something for everyone.

There are so many other options available to you if you’re interested in buying a home on Staten Island’s North Shore. Check out some of my listings to see if there is a beautiful Tudor on Staten Island for you, and feel free to view my website for information on local attractions and other points of interest.

There are two kinds of Real Estate professionals….those who understand the emotional and financial complexity of selling and buying a home… and those who don’t.

Looking forward to seeing what kind of home we can put you in!