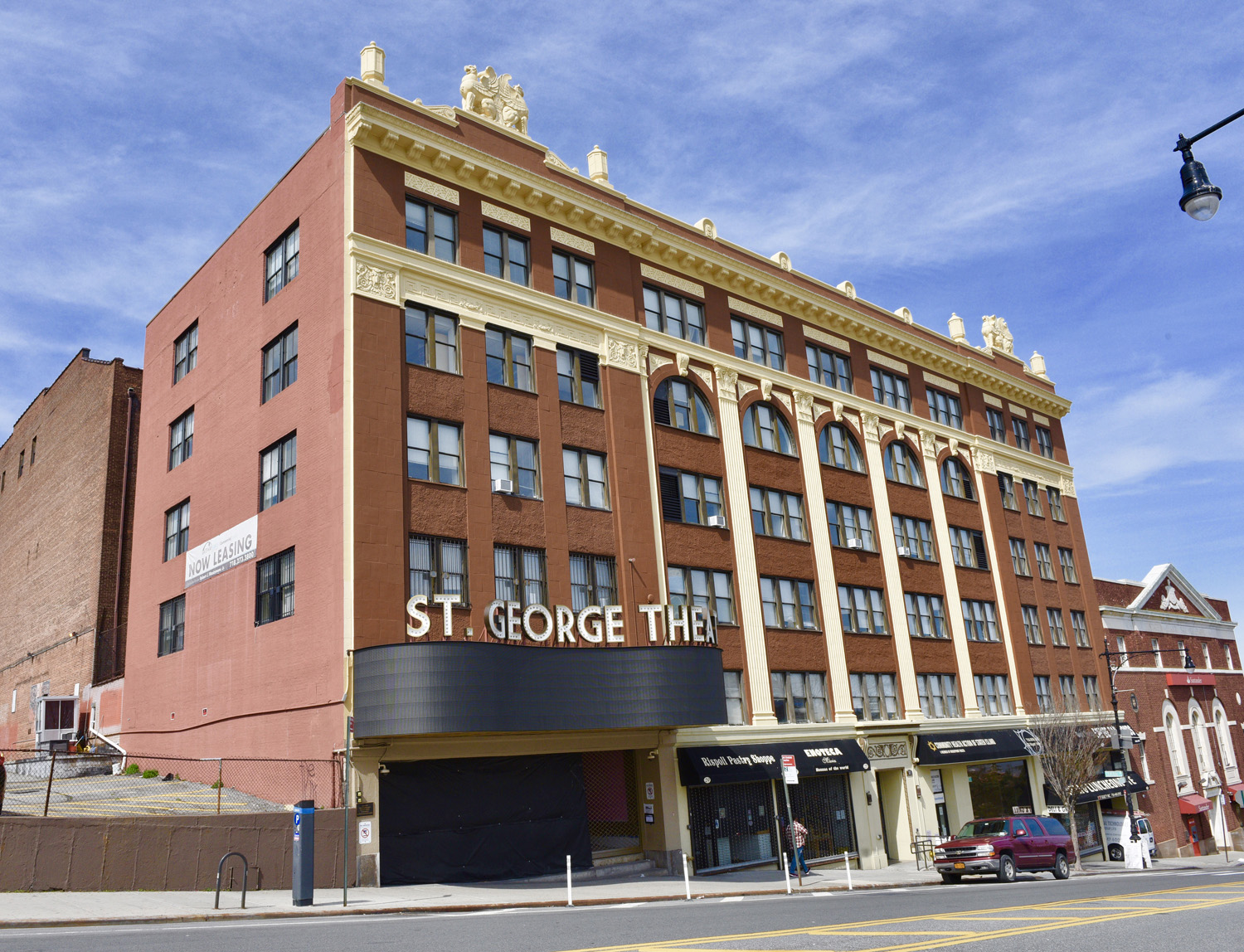 St. George Theatre: This is a beautiful landmarked movie house that opened in 1929 and is just two blocks from the Staten Island Ferry. Located at 35 Hyatt Street, and truly a magnificent treasure on Staten Island’s North Shore. When it opened, the beautiful 2,800 seat theater served as a movie and vaudeville house. The theater’s ornate interior showcases a variety of Spanish and Italian Baroque styles. The foyer is illuminated by large stained glass chandeliers and winding staircases. Murals, tiled fountains, and sculpted figures accompany decorative gold plasterwork, stained glass, and ironwork.

A variety of acts have graced the theater’s stage during its lifetime. Live performances continued until 1934, after which the theater operated as a movie palace until the 1970s. Since then, several owners attempted its revival- as a dinner theater, a roller rink, an antique showroom, and a night club, but none were successful. The theater was finally restored in 2004, when Mrs. Rosemary Cappozalo and her daughters, began a not-for-profit organization to restore and revive the historic theater.

The theater also serves as a cultural arts center for a variety of activities including educational programs, architectural tours, television and film shoots, concerts, comedy shows, Broadway touring companies, children’s shows, and many local and community events. Learn more about the St George Theater here, on their official website.

Back To St. George