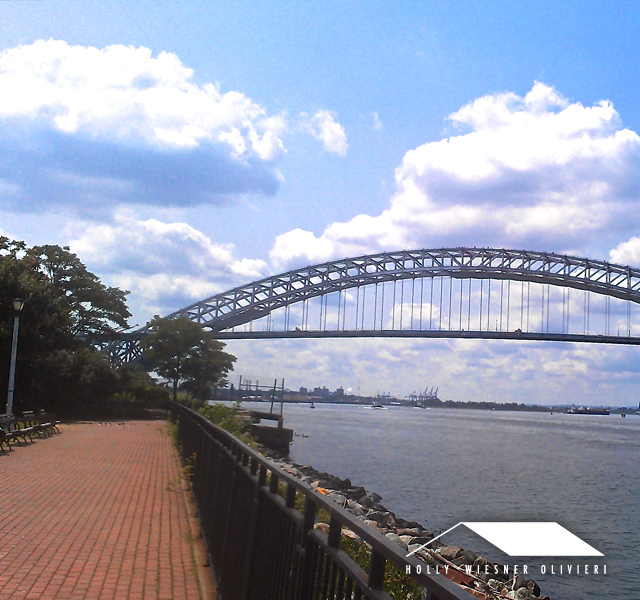 We live in a borough where the majority of commuters drive to work, so it is no surprise that traffic and congestion is a serious issue for Staten Islanders. Add to that the fact that multiple construction projects are currently underway, and you end up with a potentially frustrating situation as you attempt to travel across the island.

Much of my day is spent in the car; driving to and from visits with clients, open houses, Chamber of Commerce meetings, or home inspections. Sometimes I can’t help but wonder; “what are they doing now?”

I have decided to focus on traffic this week, not to complain, but to inform Staten Islanders about the goals, plans, and timelines of these construction projects. Hopefully, these projects will improve our roadways and will make for a much more pleasant trip around the island. Read on to find out more about some of the major projects that are currently underway across Staten Island, along with some new possibilities for our borough’s future.

Each time I drive around Port Richmond I am in awe as to how Skanska Koch and Kiewit Infrastructure Company plan to raise the Bayonne Bridge’s clearance to over 200 feet (currently, it is 151 feet above the Kill van Kull). Even more amazing, the Port Authority believes it is possible to build a new roadway above the existing roadway without interrupting the flow of traffic between Staten Island and Bayonne.

The project, which began in 2013 and is projected to be finished in 2017, will offer our region many long-term benefits. First, it will allow for larger, more efficient ships to visit our ports, which means cleaner air for residents along the shore. The project will also offer wider lanes, shoulders and median dividers, which will all make the bridge safer for drivers. It will also feature a bikeway and walkway for the entire length of the bridge, and stairs will be replaced with access ramps. The improved bridge also features new piers, a new roadway deck, and new approach roads, ensuring that bridge will last for many generations. The design of the bridge even allows for future mass transit service (like a light rail) across the bridge.

One lane in each direction should be completed by next year, but the entire project (which includes the new roadway, medians and walkway), won’t be finished until the middle of 2017. To stay updated on Bayonne Bridge closings and current conditions, visit http://www.panynj.gov/alerts-advisories/advisories.html.

Anyone who has driven on the Staten Island Expressway understands the massive transformations that are taking place between the Verrazano-Narrows Bridge and Clove Road. Although this stretch of roadway is only 1.8 miles in length, updating this particular thoroughfare could potentially increase the efficiency of the Staten Island Expressway by improving traffic flow and reducing delays.

The project continues to reconfigure eight on-and off-ramps, moving some of them closer to major intersections in order to take pressure off local roads. Work will also be done on the medians on the Slosson Avenue, Manor Road, Renwick and Hylan Boulevard overpasses.

Some of the changes you may have noticed already include widened shoulders and noise abatement walls, new entrance ramps and traffic patterns, bus/HOV extensions, longer merge points and new connector ramps when approaching the Verrazano Bridge, and the removal of Brooklyn-bound toll booths. The project, which also includes upgrades to bridge and pavement conditions, is expected to be completed sometime in 2015.

This past May, construction on the new Goethals Bridge began. The new bridge is being built directly south of the existing bridge, and will have six 12-foot lanes, wider shoulders, and a pedestrian and bike path. The new bridge aims to improve the flow of traffic over the bridge into Elizabeth, New Jersey, and will alleviate some of the chronic traffic conditions that the layout of the current Goethals Bridge causes. The old bridge will be dismantled upon the completion of the new bridge, which is expected to take place in 2017.

The Future of Transportation

The developments of Staten Island’s North Shore, including the new tourist attractions like the New York Wheel and Empire Outlets, calls for improved transportation infrastructure and new methods of public transit alternatives. In fact, the North Shore Alternatives Analysis Study (NSAA) is a project sponsored by the MTA to examine such alternatives. Is it possible that some of these may be in the future for Staten Island’s North Shore?

The North Shore bus rapid transit system is an MTA-approved project that would build a bus-only transit line along the Kill van Kull. The eight-stop line would run from St. George to Arlington on a pathway alongside Richmond Terrace.

If the West Shore Light Rail ever becomes a reality, it would connect to New Jersey’s Hudson-Bergen Light Rail over the Bayonne Bridge, providing Staten Islanders with a much faster connection to New Jersey and the PATH subway service into Manhattan. The line would make stops at nine stations on its way along the Island’s West Shore, arriving into Manhattan in just under an hour. If the West Shore Light Rail is in fact approved, construction on the line isn’t likely to begin until at least 2018.

If you are looking to buy a home on Staten Island and want to know more, please don’t hesitate to contact me on Facebook or Twitter. Even better, my website is full of helpful information about the different North Shore neighborhoods, local businesses, news and events. Don’t forget to check out North Shore Buzz for video interviews and home-buying tips. Look forward to meeting up soon!