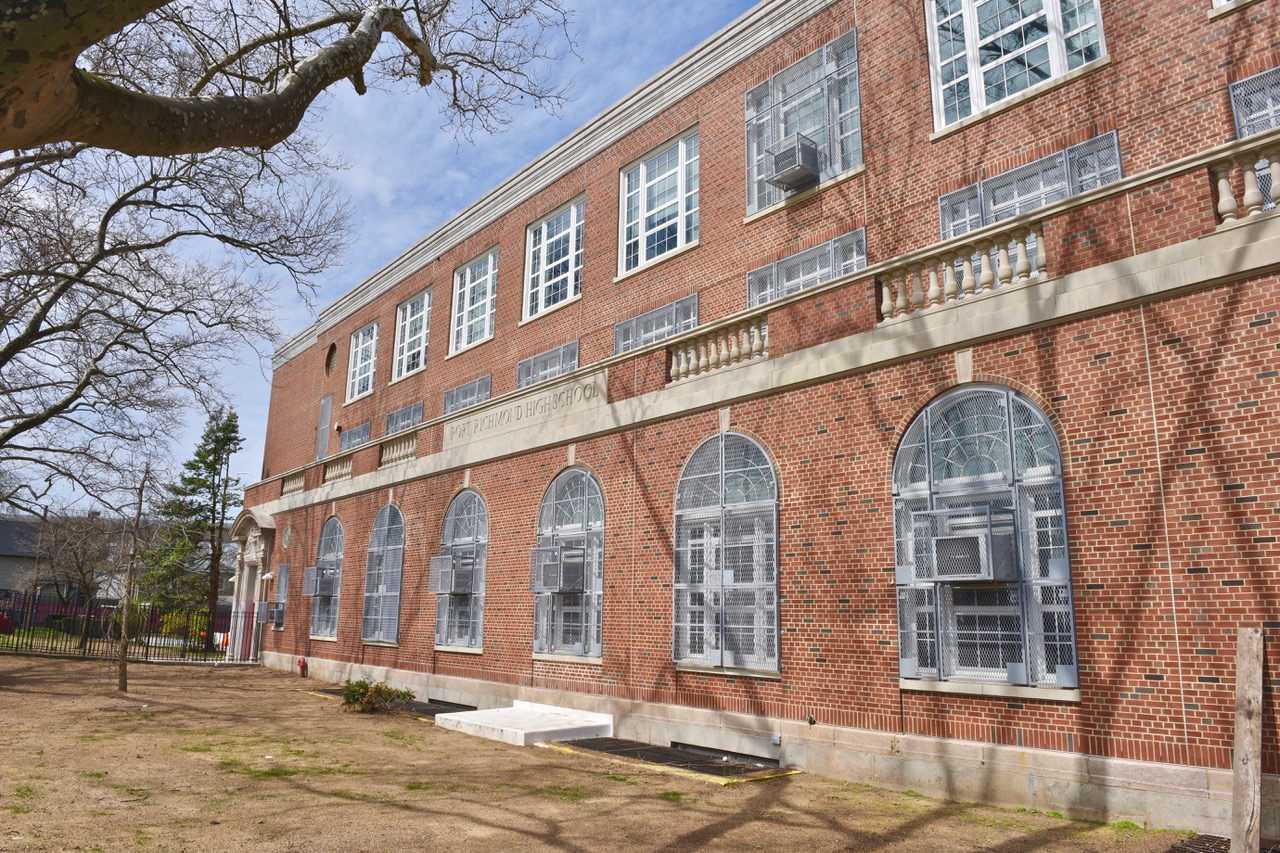 A diverse population of students makes up a population of approximately 2600 students who participate in programs such as Gateway to Higher Education, Collegiate Academy, Culinary Arts, JROTC, Medical Technology,TV/Media Production, Institute for Business, Hospitality, Entrepreneurship and Tourism, and several others extracurricular activities.

In 1927, Port Richmond opened its doors with two grades (9th and 10th) and graduated its first senior class in 1930. An extensive renovation to the building added administrative offices, domestic and catering kitchens, a photography studio, a dance studio, a robotics lab, printing and woodworking shops, an auto mechanics shop, computer labs, and a television studio, which was dedicated and opened for use in 1994. Port Richmond received another major facelift in 2001 when the entire athletic field was completely renovated. Website: https://www.portrichmondhs.org

Back To Port Richmond